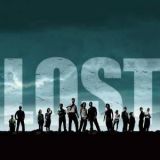 The official "Lost: Missing Pieces" page on the ABC site.

a fan website dedicated entirely to the Charlotte/Daniel romance. So far, just a collection of YouTube clips.