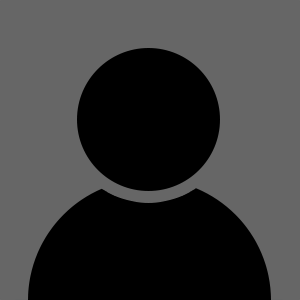 Content, whether it's a blog post or a viral video, does not succeed in a vacuum. All online content is regarded not only according to its quality, but through the lens of the community that consumes it. While some people operate under the misconception

Olialia, a Lithuanian agency, plans opening an exclusive travel resort on an island in the Maldives: the staff on the island will be exclusively blond females.

If tech companies made self-driving cars

If tech companies made self-driving cars.

This is a fun explanations to prepare kids for because it's common but totally wrong. Other good comments include 'why does the air have to arrive at the same time' and 'I saw the Wright brothers plane and those wings were curved the same on the top and..

Kevin Rose and Digg Can Listen (if you tweet enough)

Digg's problems might be a whole lot worse than they seem, if no one in their ad sales team has the common sense to not take BP's blood money

Explanation: Are those green clouds or aurora? Photographed above two weeks ago, puffy green aurora help the Moon illuminate the serene Willow Lake and the snowy Wrangell and Saint Elias Mountains in eastern Alaska, USA. Although auroras might first...

Best trivia I learned while working on this: "Man, Farmville is so huge! Do you realize it's the second-biggest browser-based social-networking-centered farming game in the WORLD" Then you wait for the listener to do a double-take.

Rick Sanchez is a complex television character that is flawed but fascinating to watch every week.

Prince decrees the Internet is over.

Prince decrees the Internet is over.

Explanation: The dark Horsehead Nebula and the glowing Orion Nebula are contrasting cosmic vistas. Adrift 1,500 light-years away in one of the night sky's most recognizable constellations, they appear in opposite corners of the above stunning mosaic. The

xkcd: Golden Hammer: Took me five tries to find the right one, but I managed to salvage our night out--if not the boat--in the end.

APOD: Rolling Across the Rocky Plains of Mars

Explanation: You stare out across the rocky plains of Mars. Before you, in every direction, is dark sand and bright rock. Although little has changed here for millions of years, no one has ever seen this view before. You are being sent on a long journey

laughter is the best tech support.

laughter is the best tech support.

Pity the next generation?

Pity the next generation?